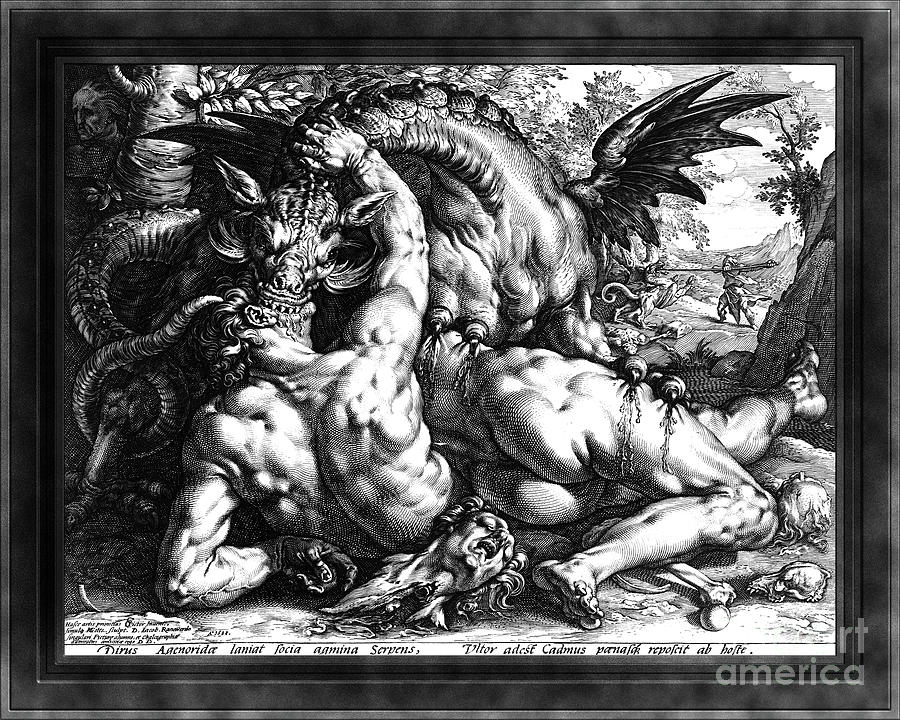 This engraving depicts a powerful scene of warriors doing battle against dragons and serpents, with many of the warriors losing the battle, as can be seen by the torn off heads and bodies that litter the landscape.

In the last epic act of survival a companion of Cadmus, in a last ditch effort tries to fight back while a dragon sinks its teeth into the flesh of his face, while it devours his entire face with one bite while clawing on the corpse of another dead warrior.