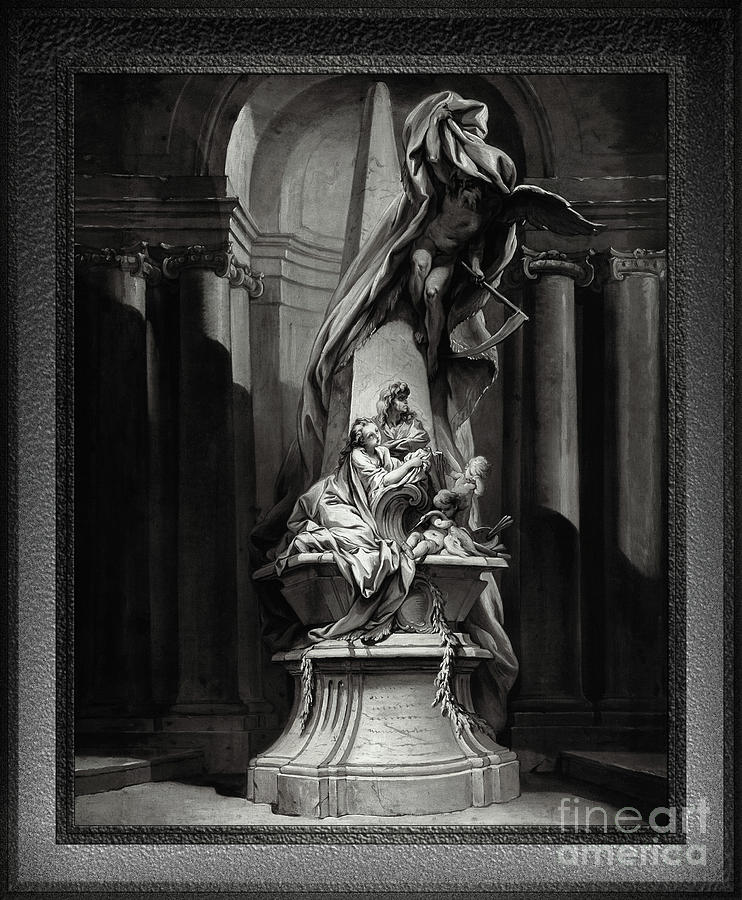 It depicts Mignard sitting on an obelisk pedestal ledge with a young lady (maybe a model) with two sleepy cherubs. A possibly dead bird in the arm of one of the cherubs with a painters palette with paint brushes on the side; and what appears to be death cloaked in a large drape, while standing on the side of the obelisk with a sickle in his right hand.

This is a retouched digital art reproduction of a public domain image.