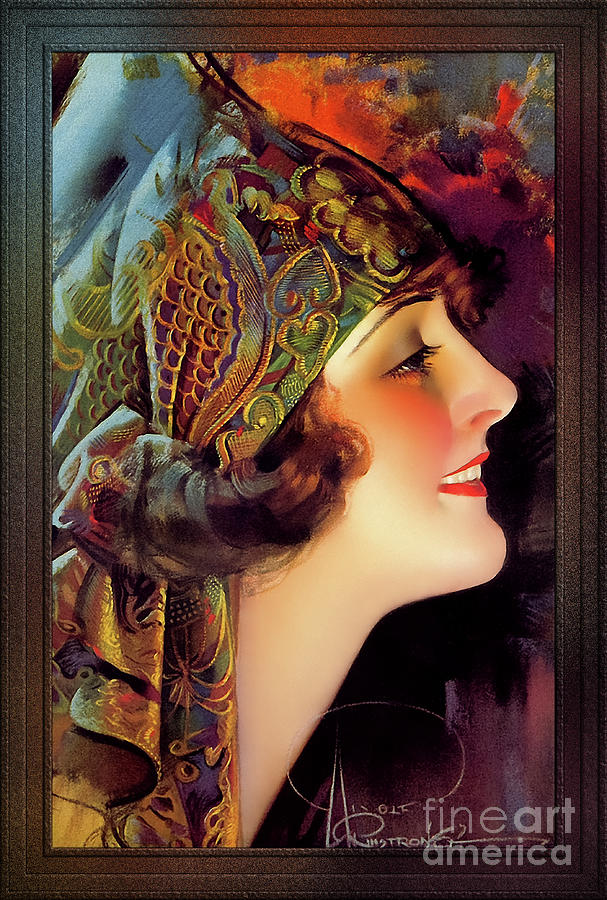 This is a beautiful portrait of Martha Mansfield (1899 - 1923) an American silent film and vaudeville actress of the 1920s that Rolf Armstrong did of her for the July Issue of Photoplay Magazine about 1920.

Her early death was due to an accident during the filming of The Warrens of Virginia on November 29, 1923, when tossed match caused her her Civil War costume made up of hoop skirts and flimsy ruffles to ignite.

When she finished her scene and retired to her dressing room her dressed burst into flames; and though her chauffeur and leading man were able to suppress the fire; she passed away in the hospital the following day of "burns of all extremities, general toxemia and suppression of urine".