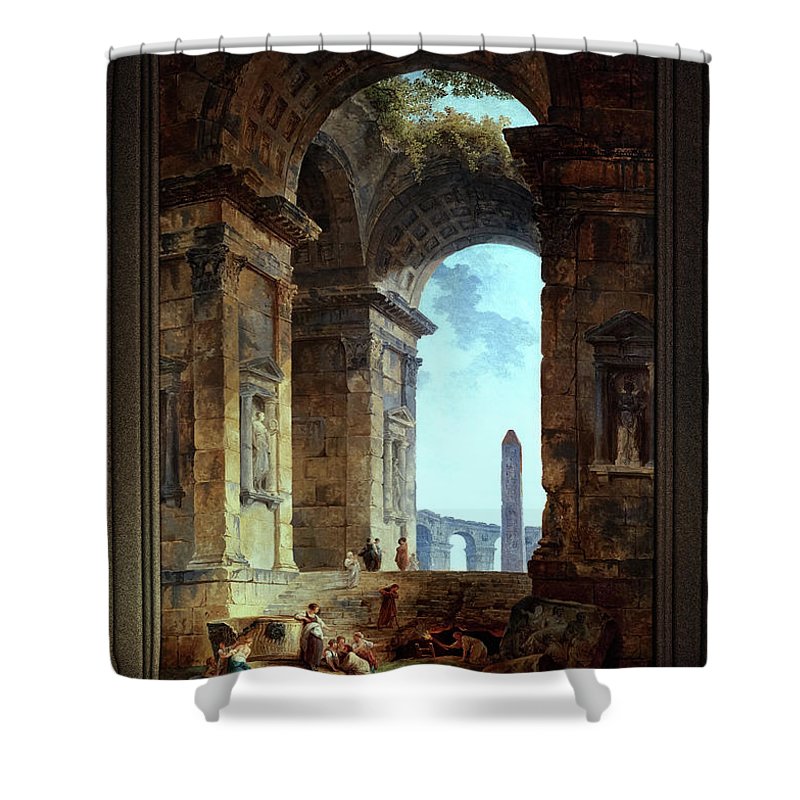 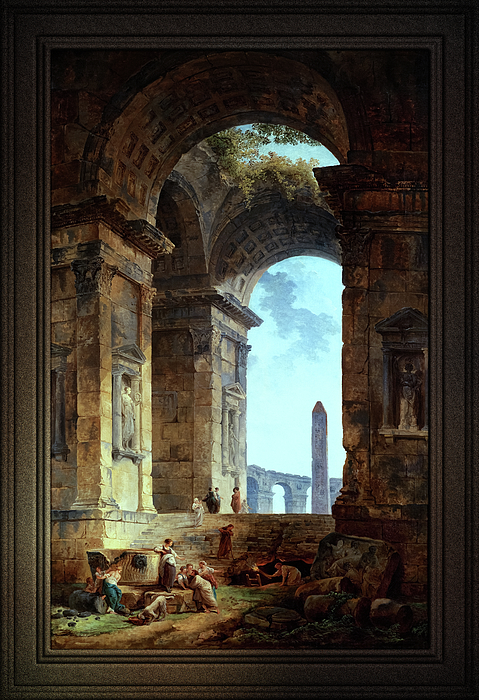 Our shower curtains are made from 100% polyester fabric and include 12 holes at the top of the curtain for simple hanging from your own shower curtain rings. The total dimensions of each shower curtain are 71" wide x 74" tall.

Ruins With An Obelisk In The Distance c1775 by French Painter Hubert Robert (1733 - 1808) who painted in the Rococo, Neoclassicism, Romanticism,... more

This is a stunning work of art. f/l

That it is John. I'll be uploading another one of Hubert Robert architectural master pieces when I finish fixing up the tonal values and getting rid of as many cracks as I can.

Ruins With An Obelisk In The Distance c1775 by French Painter Hubert Robert (1733 - 1808) who painted in the Rococo, Neoclassicism, Romanticism, Realism, and Renaissance Styles; and is most noted for his landscapes and Capricci (A semi-fictitious depiction of Italian and French Ruins) paintings. In this painting by Robert, we see people including men, women and children at an ancient ruin with huge arched pillars filled statues of goddess, going about their daily business and engaging in conversation. At the base of the steps that leads to central portion of the structure where the Obelisk stands are two men exploring a cavern that has opened up as part of the steps have collapsed. We can also see a dog enjoying a meal as it eats from a bowl. This is a retouched digital art reproduction of a public domain image.