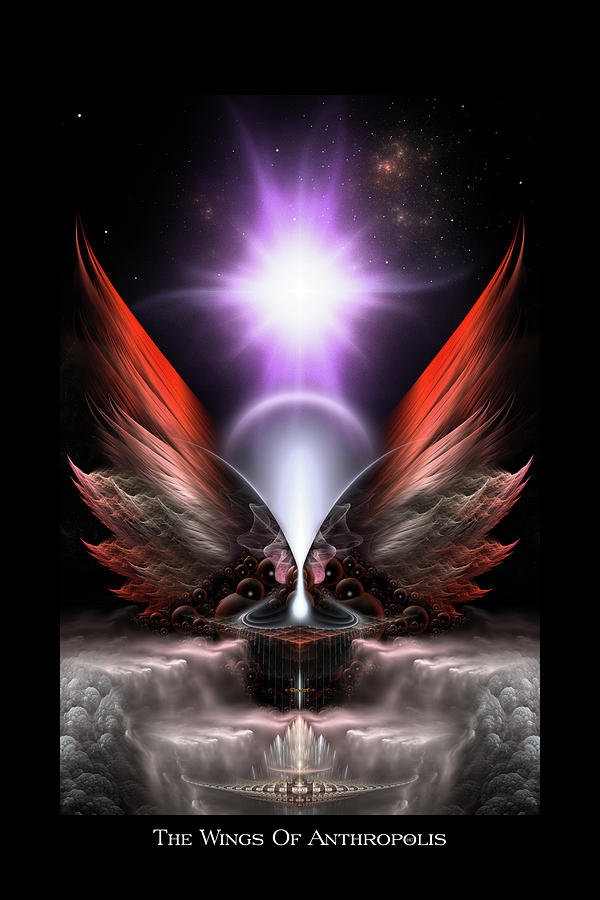 The Wings Of Anthropolis HC Version is a color variation of the original piece.

The cloud stones also take on a rose hue making it look like they are reflecting the light that is coming off of the now orange wings.

The over all the piece has a softer, warmer look that contrast nicely against the black border that surrounds the piece.

The fractal count for the piece remains the same at 32; but the lay count goes up a bit to 84.

The tools used are the Fractron 9000 and Incendia EX VI fractal generators and the Photo Elements 7 Image Editor.

Thank You Very Much Shijun, Much Appreciated.

Back to view your entire gallery today Xendor!

This one I like more than the original blue version - The warm colors I think are more effective. Glad You Like It Reynold.

Thank You Sorin. I tend to like this second version over the original blue version.

I am a patient person--and no problem waiting for the next gem!

Hi Xzender--I hope all is well. Art looks great and this is a gem. Lovely and beautiful as ever! FAV!

Thank You Reynold. I like this Warm Tone Version Better Than The Original Blue Tone Version - http://xzendor7.com/The-Wings-Of-Anthropolis.php

Beautiful and imaginative work! I could spend a whole day just looking at all your creations!

That's Most Appreciated Mario. The Original Version Of This Piece Is Blue (You Can See It Here - http://xzendor7.com/The-Wings-Of-Anthropolis.php); This One I Think Looks Better With The Warmer Tones.