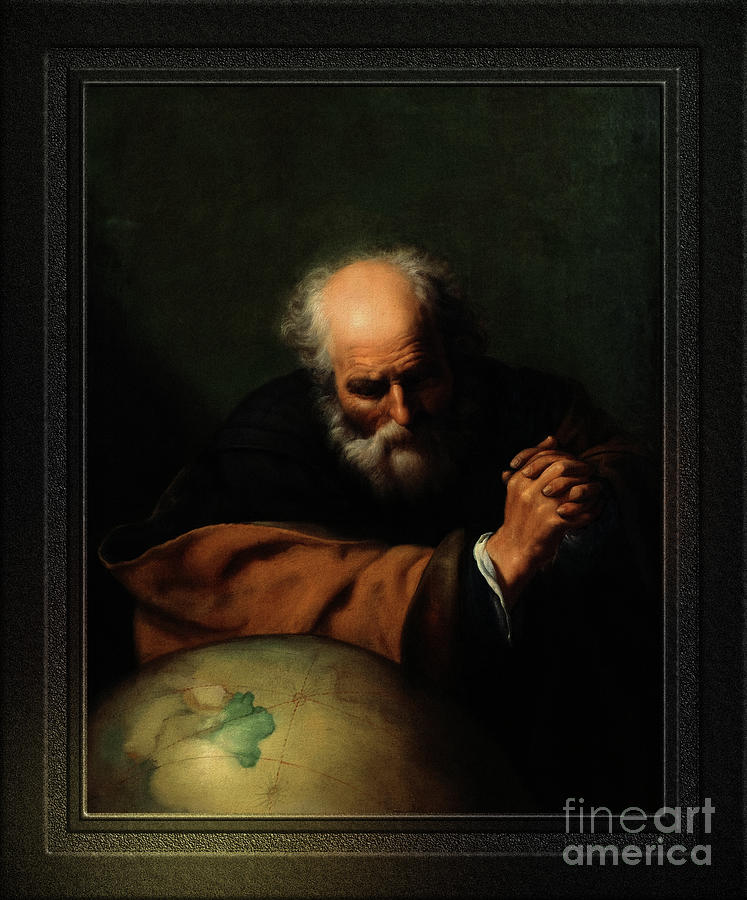 Heraclitus or Heracleitus by Dutch Painter Hendrick Bloemaert (1601-02 - 1672), of the Dutch Golden Age and member of the Utrecht school of Caravaggisti.

This is a painting depicting Heraclitus a pre-Socratic, Ionian Greek Philosopher, known as the weeping philosopher; born (540 bce - 480 bce) in Ephesus, Anatolia (which was part of the Persian Empire), and which is now Selçuk, Turkey and is remembered for his cosmology in which the element of fire forms the basis for an orderly universe.