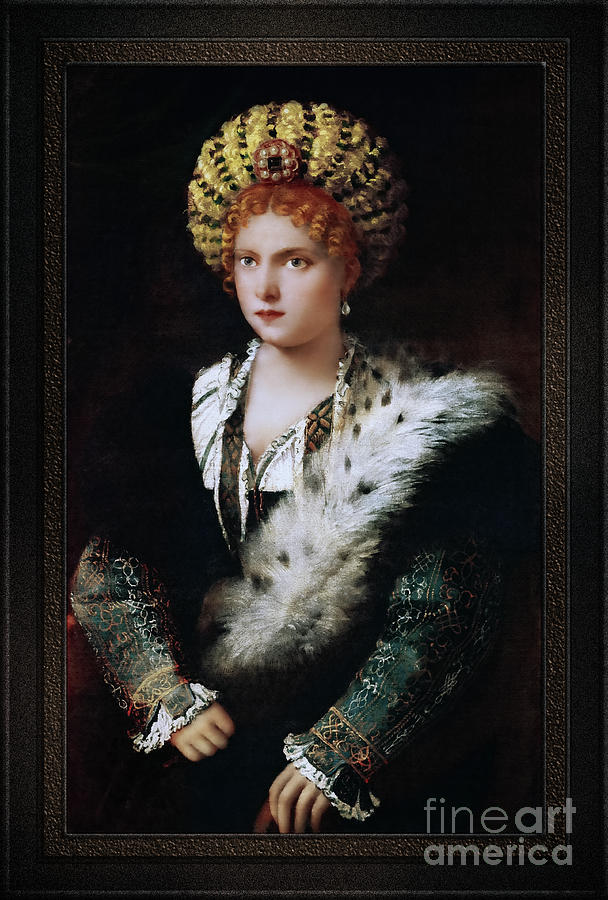 Portrait d`Isabella d`Este (Portrait of Isabel of Este - 1534 - 1536) by Italian Painter Tiziano Vecellio (Titian 1488 - 1576); was part of the High Renaissance and Mannerism art movements; and was considered to be the most versatile of Italian painters demonstrating great skill at painting portraits, landscape backgrounds, mythological and religious subjects.

This portrait of Isabel of Este by Titian is one of two portraits he did of her; the other portrait was commissioned in 1529 Isabella in Red (or Aged Isabella); and is known through a copy that was done by Peter Paul Rubens.

This portrait depicted a much older and mature Isabella; which displeased her so much, that she commissioned a second idealized portrait of her from Titian of what she may have looked like 40 years earlier (she was about 62 years of age at the time of the second painting).

She also commissioned portraits by other great artist of the time such as Leonardo da Vinci and Andrea Mantegna.